Why You Should Consider The Top 6 ReactJS Alternatives: Comparative Analysis 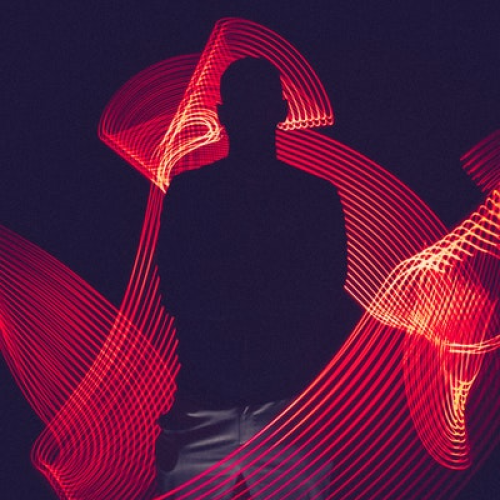 When looking for ReactJS alternatives, one of the most challenging problems is finding a framework that gives the same flexibility and lightweight as React. Developers can get smitten with a framework that they refuse to consider changing.

On the other hand, deciding on the best React JS alternatives can be difficult. Stability, ecosystem support, APIs, performance, and the package size are just a few minor issues.

The experts have put up a list of the top 6 ReactJS Alternatives. Check it out!

Preact was created by Jason Miller and released under the MIT open-source license. Preact can be thought of as a lightweight javascript framework that can be used to develop mobile and online applications and progressive web apps (PWAs).

Preact is a lightweight alternative to React that was not intended to be a replacement or reimplementation of React. It uses the same API and ECMA script as React. On the other hand, with the compatibility layer, Preact can use most of React’s reusable components. Depending on your project requirements, you can utilize both libraries or swap between them.

Because of its components and usability, React.js remains at the top of the market. You may still use Preact for the same thing, with the extra benefit of super-fast speed and performance.

Inferno was released by React developers in 2017 as an experiment to see if a library could improve the performance, battery life, and user experience of mobile apps. Inferno can create client and server-side interfaces that are lightning fast, perform well, and render isomorphically.

Inferno is designed specifically for the DOM and is partially synthesized for speed. It is known as the Javascript GUI/widget framework and is open-source. The Inferno Compatibility package can be used to bridge the gap with React.

Inferno is an excellent tool for creating modern user interfaces. On Github, it has 15.4k ratings and 669 forks. It is isomorphic on both the client and server sides and supports native animation. With a speed of 9k, Inferno JS is one of the fastest JavaScript libraries available. It has been dormant development since its initial release in 2016.

Backbone JS is a type of server-side scripting language.

Backbone.js, built on the MVP (model-view-presenter) architecture and includes a RESTfull JSON interface, was presented by Jeremy Ashkenas, the creator of CoffeeScript and Underscore.js. Backbone.js can be used instead of React.js to maintain many pages synced in single-page web applications.

Backbone.js is a popular choice among developers who want to employ a simple framework with a Javascript structure and models. It’s a GitHub-based open-source framework with 27.6k stars.

It’s one of the most suitable ReactJS alternatives available. It has an excellent design architecture for large JavaScript applications and value binding, custom events, and other features. Backbone also lists several features that users can consider. Rich API collections with numerous characteristics and declarative event handling views are just a few examples. The nicest thing is that you can integrate all features into your app via a RESTful JSON interface.

Ember JS is a programming language that Ember created

Yehuda Katz created Ember JS in 2011 to produce online applications. It was previously known as the SproutCore MVC framework, and it features client-side rendering, URL support, a templating mechanism, and other intriguing features. Ember’s design supports both client-side and server-side rendering.

It is one of the most often used React JS substitutes. Ember’s built-in handlebars templates let you get more done with less code. This template adjusts automatically when the underlying data changes. Ember, in other words, aims to increase a developer’s productivity. This is because it incorporates all of the typical idioms. It’s API-friendly, which speeds up development.

Ember can be used as a full front-end for large-scale projects in the future because it comes with an out-of-the-box setup, useful bindings, and configurable characteristics to render the page as needed.

Even You introduced Vue.js, a progressive javascript framework, in 2014. It’s free and used to create single-page applications, and vue allows you to create visually appealing user interfaces for your web projects. The Vue community solely maintains the framework. Even if it lacks the support of any major companies, it is one of the greatest ReactJS Alternatives.

Vue.js is a popular JavaScript Frontend Framework that is incredibly developer-friendly, adaptable, and includes useful conventions. Now, keep in mind that Vue.js outperforms React in terms of performance, and Vue.JS app development is straightforward and painless. The framework has a low learning curve, making it easy for developers to start. Vue is a modular, high-performance, and lightweight technology compared to React JS.

In 2010, Google introduced AngularJS to aid in developing applications with many features. Because AngularJS is a full framework, you may use it to construct web or mobile applications.

When it comes to designing highly dynamic internet, desktop, and mobile applications, AngularJS is unrivaled. AngularJS is an open-source front-end JavaScript framework that helps organize and simplify JavaScript code, and it’s a great React JS alternative.

The approach allows for the production of maintainable and tidy Single Page Applications (SPAs). Instead of loading new pages from the server, the SPA might be an application or website that interacts with users by dynamically rewriting the existing page.

Google originally developed angular to assist you in creating the fastest and most reliable SPA. AngularJS is used by several firms, including Google, Amazon, Udemy, and others.

Another advantage of AngularJS over ReactJS is that it offers AngularJS development companies in India a variety of strong AngularJS frameworks and AngularJS tools.

Suffering from gray hairs and roots is something we can't avoid. It's normal, especially if you color your hair...
Business