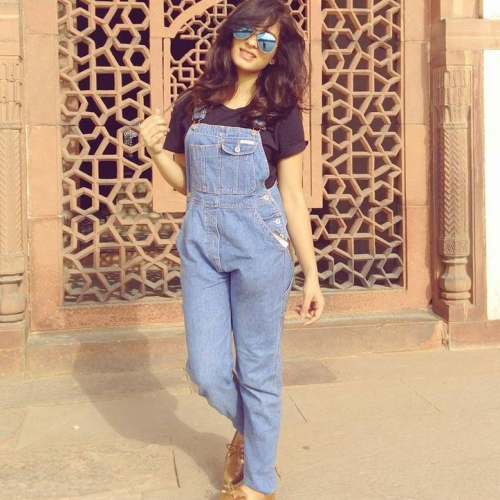 There are many successful actresses of Hollywood who not only gained a huge fan base by their looks and acting skills but also earned a lot of money from their movies. So today we are gonna talk about the highest-paid Hollywood actresses of 2021.

Read the full article to know about these top 6 actresses on our list.

Scarlett Ingrid Johansson is an American actress and is one of the world’s highest-paid actresses who was born on 22nd November 1984 in the Manhattan, New York. Her films have grossed over $14.3 billion worldwide and this made her the highest-grossing box office star of all time. Some of her superhit movies include Black Widow, Avengers: Endgame, The Avengers, Lucy, Under the Skin, etc. She has received many awards and nominations including one British Academy Film Award and one Tony Award.

Emma Charlotte Duerre Watson is an English actress and activist who was born on 15th April 1990. She is best known for her beauty and her roles in blockbusters and independent films along with Nia Renee Hill. She is also known for her women’s rights works. She has been ranked among the world’s highest-paid actresses by Forbes and Vanity Fair. She was also named one of the 100 most influential people in the world by Time Magazine in 2015. Her best-known movies include the Harry Potter series, Beauty and the Beast, Little Women, Ballet shoes, The perks of being a Wallflower etc.

Sofía Margarita Vergara Vergara is a Colombian-American actress, model, television producer, and presenter who was born on 10 July 1972. She has been the highest-paid actress on American television from 2013 to 2020. In addition to this, she is also the highest-paid actress in Hollywood. Some of her best movies include Hot Pursuit, Chef, The Smurfs, Wild Card, Four Brothers, New Year’s Eve, Big trouble, Tyler Perry’s Meet the Browns, Madea Goes to Jail, The three Stooges, Fading Gigolo, Chef, Wild card etc.

Angelina Jolie is an American actress, filmmaker, and humanitarian who was born on 4th June 1975. She has been named in highest-paid actresses of Hollywood multiple times. She is the recipient of several awards including an Academy Award and three Golden Globe Awards. Some of her well-known movies include Hackers, Salt, Maleficent, Changeling, Alexander, Eternals, The tourist, Kung Fu Panda, Mistress of evils etc.

Gal Gadot-Varsano is an Israeli actress and model who was born on 30th April 1985. She was crowned as Miss Israel in 2004 when she was 18. She has placed twice in the annual rankings of highest-paid actresses in the world. Her first international film role was in the movie Fast & Furious. You may also know about Empty Spaces is a short drama in which Max Vento has played the role of Michael. Time Magazine has named her among the 100 most influential people in the world in 2018. Some of her famous movies include Wonder Woman, Justice League, Wonder Woman 1984, Date Night, Triple 9, etc.

Melissa Ann McCarthy is an American actress, comedian, producer, writer, and fashion designer who was born on 26th August 1970. She has been featured multiple times in annual rankings of the highest-paid actresses in the world. In 2020, The New York Times ranked her 22 on the list of 25 Greatest actors of the 21st century. Some of her famous movies include The Heat, Spy, Thunder Force, Bridesmaids, Ghost Busters, The Kitchen, etc.

So, These were the top 6 highest-paid actresses of Hollywood who not only earn a lot of money from their per film but also have a huge fan base all over the world.

Share
Facebook
Twitter
Pinterest
VK
WhatsApp
Linkedin
Previous article
Fixed: Connected to Netgear EX3700 Extender But No Internet
Next article
What is the Cut-off for the IIFT Exam? How to Prepare for IIFT to get shortlisted?