Who Is Neil Shibata

The TikTok star is famous for his diverse personality, what he called gender-bending, on the internet. Don’t know what that means? Let us explain.

From making tutorials to uploading aesthetic pictures, he does it all. Having a huge fan following on TikTok as well as Instagram makes him one of the most trending influencers on the internet.

Neil has a cute face and is fashionably elegant. He makes tutorials, dancing videos and comedy clips on TikTok. On Instagram, he shares his best looks and his done make-up which makes the followers want to know how he did it.

What he does “different” is that he shares a side of his that he calls “gender-bending”. We don’t see many guys sharing make-up videos and posting themselves wearing skirts, and Neil isn’t afraid to do so. He often wears wigs as well to share a different side of him.

What he does “different” is that he shares a side of his that he calls “gender-bending”. We don’t see many guys sharing make-up videos and posting themselves wearing skirts, and Neil isn’t afraid to do so. He often wears wigs as well to share a different side of him.

Neil’s inspiration, according to him, is showing himself as a bold, independent individual who isn’t afraid to offend those who aren;t used to this gender-bending culture. His social accounts are a total reflection of that.

When you open his Instagram account, or TikTok, you’ll notice him posting himself in complete glamorous make-up. Though he is not afraid to look different, he says that presenting one’s self in such a manner comes with a price. 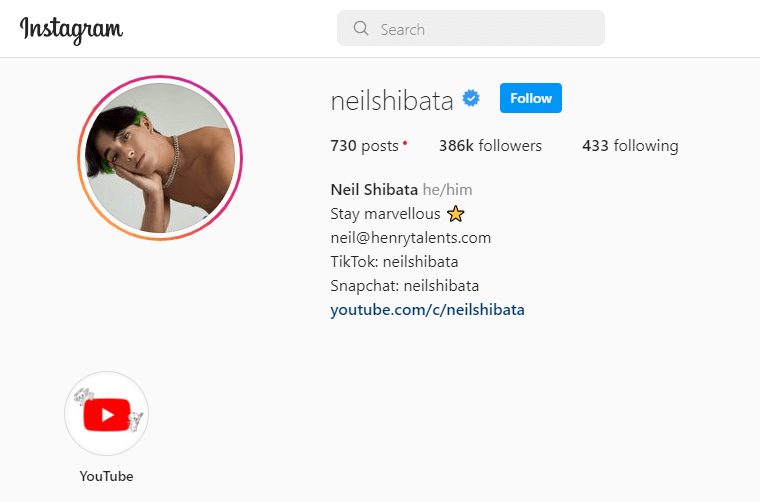 According to Neil, he lost around 10,000 followers on Instagram when he first posted a photo of himself wearing make-up that Patrick Starrr did on him.

Also Read About: Is Dassana Zendejas a Product of Nepotism? Find All the Information about This Mexican Actress!

Upon losing followers, he actually made a funny post about it instead of mourning which led him to get more respect and audience from the LGBTQ community. He got 100,000 followers upon losing 10,000 which proves that his creativity and gender-bending personality is well appreciated by the fans.

What he does is label himself as fluid and diverse. One day He’ll wear something normal, let’s say a simple masculine man would wear while the other day, He’ll wear what he describes as a crop-top. He doesn’t wear specific gender clothes. This trait is admired by his huge fan following. He thinks it’s more fun and exciting to wear different clothes.

Neil was born in Vancouver, Canada. If we were to talk about his personal life and childhood, there isn’t much known about him. He got his early education from a local private school in his hometown.

His family also isn’t much talked about on the internet but what we do know is that he has a sister named Layla.

Also, he once posted a picture of himself with his mother on Instagram.

Neil Shibata is best known for his LGBTQ friendly content on Intstagram and TikTok. He often shares his dancing videos on TikTok (where he mostly posts). He also makes some maku-up tutorials and Vlog on his YouTube channel which he named after himself. 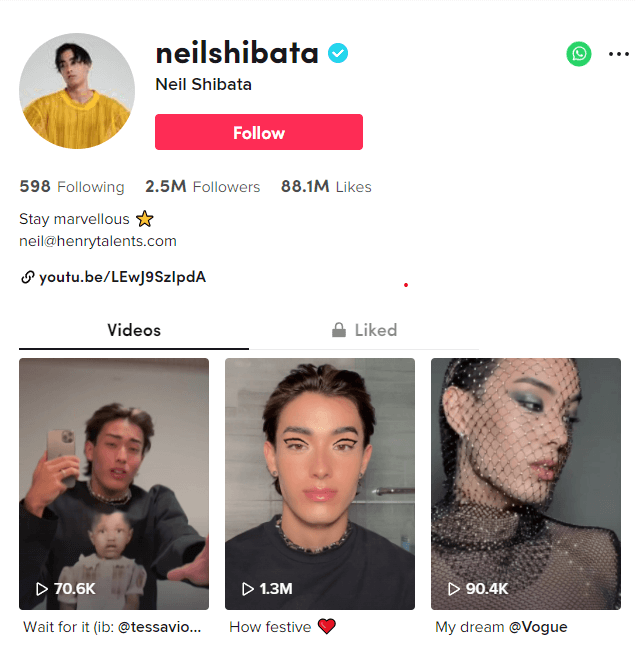 If we were to talk about his social media fame, he first started his TikTok account in May 2019 where he started posting comedy content which helped him get a good number of followers. Then, when he decided to present himself as he truly is, he posted a picture of himself in complete maku-up which caused him a huge social media backlash.

Also Know: Who Is Mini Diva?

Also Know: Who is Melissa Debling?

Neil is an active member of the Social Demographic Group. Other members include Neo R, Hannah Kim, and more others that share the same personality and mindset.

Neil shares his content with us but he doesn’t share any of his personal information to the outer world. So, the internet does not know his relationship status yet.

If you ask us, we’d say that he is focusing on his career at the moment and doesn’t want his career to ruin his love life and vice versa.

He likes to stay away from controversies that can harm his mental health and social media presence.

Now, that’s something Neil has made sure on the internet. He said that he considers himself as one gender. Also, he’s clearly said that he is a “man”. “What I don’t like is having to dress like one gender”, Neil adds.

According to Sources, Neil is 5’ 9” while others believe that he is shorter than that. He weighs 76 Kg (and that’s for sure).

What Ethnicity is Neil Shibata?

Neil is a Canadian born TikTok star who was born on 21 August, 2000. His Zodiac Sign is Leo and practices Christainity. His current nationality is Canadian.

Where is Neil Shibata From?

Neil is from Canada (born and raised). He has a strong social media presence having 2.5M TikTok followers as of 2022.

You can follow him on TikTok by entering this TikTok handle, @neilshibata  He has over 2.5M followers there.

Neil’s instagram username is the same as his TikTok, @neilshibata . He has close to 400 thousand followers there.